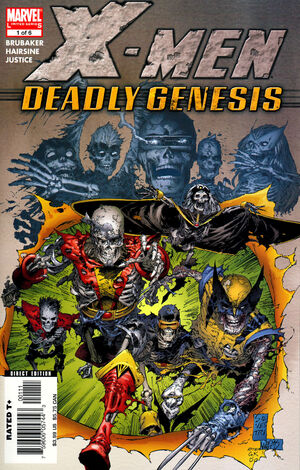 Petra's family were killed in a rockslide on her 13th birthday. Unable to explain how she miraculously evaded the jagged boulders, she was placed into the custody of Child Protective Services. Petra's foster parents were negligent, and the husband was constantly inappropriate with her. When he tried to molest Petra, his feet sunk into the ground as if it was swallowing him up. From that moment on she knew she was a mutant, (and was possibly responsible for her family's death.) Petra became a runaway; living on the streets and molding a fort out of rocks in Central Park. She learnt how to make diamonds out of hard coal, and this made her life a little easier… until something went wrong. The last pawn-broker she went to called the police. Petra runs to her home in the rocks, but the police quickly apprehend the resistant mutant. Petra wakes up much later in a holding pen, where a kind lady escorts her to get showered and dressed. She informs Petra that someone has made a deal with the court and that she will be released into their custody. When the woman hints at her being a mutant, Petra is afraid to be found out and is cautious towards someone wanting to help "kids like her"

Retrieved from "https://heykidscomics.fandom.com/wiki/X-Men:_Deadly_Genesis_Vol_1_1?oldid=1758810"
Community content is available under CC-BY-SA unless otherwise noted.