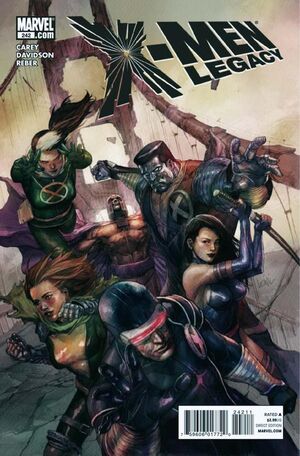 Appearing in "Fables of the Reconstruction (Part One)"Edit

“FABLES OF THE RECONSTRUCTION” PART 1 OF 2 After suffering heavy damage during Bastion’s attack on mutantkind, the city of San Francisco is rebuilding. Hoping to aid in the reconstruction effort, Cyclops tasks a team of X-Men — including the newly-arrived mutant messiah, Hope — to lend a hand. But when something goes terribly wrong, will the X-Men lose everything they fought for?

Retrieved from "https://heykidscomics.fandom.com/wiki/X-Men:_Legacy_Vol_1_242?oldid=1650277"
Community content is available under CC-BY-SA unless otherwise noted.