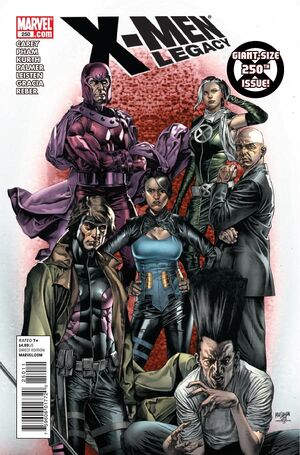 
The X-Men have escaped the AGE OF X and returned to Utopia...unaware that something sinister followed them back. Upon discovering that this new evil has been loosed into the world, Rogue and Magneto round up a team of X-Men to hunt it down. But is this motley new crew of X-Men prepared for what awaits them?

Retrieved from "https://heykidscomics.fandom.com/wiki/X-Men:_Legacy_Vol_1_250?oldid=1650962"
Community content is available under CC-BY-SA unless otherwise noted.