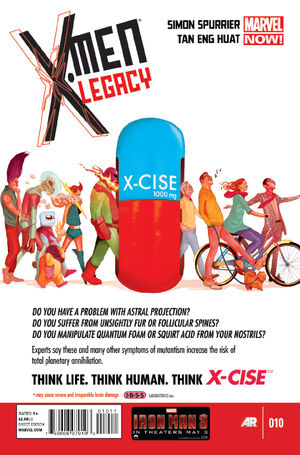 • Fated to destroy mutantkind, Legion is desperate to learn if the predictions are true, so he makes a deal with the devil in his own mind to find answers. • But what terrifying truth would drive David to take extreme measures…and undergo a procedure that would remove his mutant powers?

Retrieved from "https://heykidscomics.fandom.com/wiki/X-Men:_Legacy_Vol_2_10?oldid=1470535"
Community content is available under CC-BY-SA unless otherwise noted.