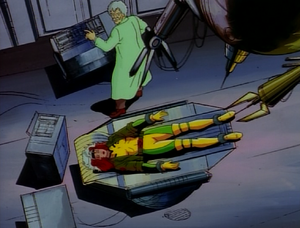 Being a mutant isn't a disease. It's something you're born with. It's as normal as being a traditional Homo sapien.

Retrieved from "https://heykidscomics.fandom.com/wiki/X-Men:_The_Animated_Series_Season_1_9?oldid=1544588"
Community content is available under CC-BY-SA unless otherwise noted.