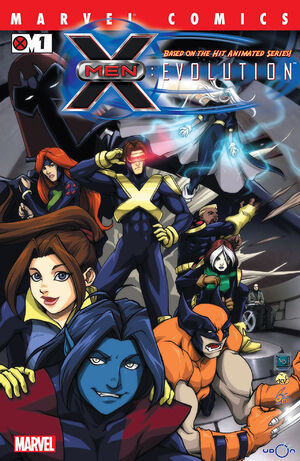 That's a no-brainer. Wars are ugly, pal. I'm all for avoiding them whenever possible. So I choose peace.

Appearing in "Lines in the Sand"Edit

Synopsis for "Lines in the Sand"Edit

Before the X-Men, before the Xavier Institute, before the rivalry, there were two men with very different visions. Before the code names, before the secret identities, before the world learned to hate and fear mutants, there was a young woman whose most dangerous weapon was her mind. Before costumes, before the training, and before anyone had ever heard of "adamantium," there was a frightened amnesiac searching for the truth. Now, the lives of Professor X, Magneto, Storm, and Wolverine collide as the world stands on the brink of genetic war. How do two best friends become arch-enemies? How does a goddess from Africa find her place in the world? How does a man without a past decide mankind's future? All heroes start with power and ambition they must learn to control. All villains start with ideas they believe to be just. And all great legends begin with "once upon a time..." X-Men: Evolution -- In the beginning, there was X!

Retrieved from "https://heykidscomics.fandom.com/wiki/X-Men_Evolution_Vol_1_1?oldid=1469703"
Community content is available under CC-BY-SA unless otherwise noted.