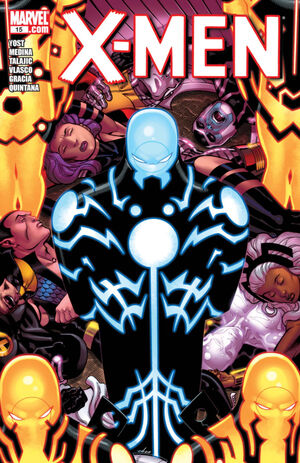 Appearing in "First To Last" ConclusionEdit

“FIRST TO LAST” The battle fought in two time-periods comes to a climactic conclusion! The X-Men are the only thing that stand between the Evolutionaries and the complete annihilation of the human race. On top of that, learn secrets of Emma Frost’s past and what she had to do with the original Brotherhood of Evil Mutants.

Retrieved from "https://heykidscomics.fandom.com/wiki/X-Men_Vol_3_15?oldid=1647085"
Community content is available under CC-BY-SA unless otherwise noted.