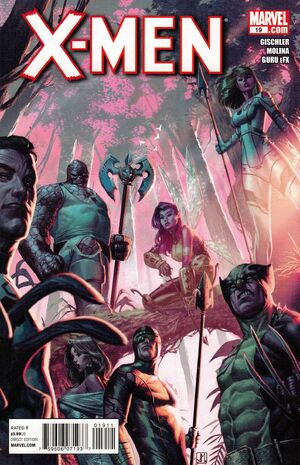 Appearing in "Betrayal in the Bermuda Triangle (Part 4)"Edit

“Betrayal in the Bermuda Triangle” GUEST-STARRING THE FF! Dr. Doom has betrayed our heroes and sold them out to the evil leaders of the Scorpius people. You know these villains are serious because they took down the X-Men and the FF! The only one who can save them all is… Magneto? The two greatest villains of the Marvel U face off in the climactic conclusion to the dimension spanning story!

Retrieved from "https://heykidscomics.fandom.com/wiki/X-Men_Vol_3_19?oldid=1723744"
Community content is available under CC-BY-SA unless otherwise noted.