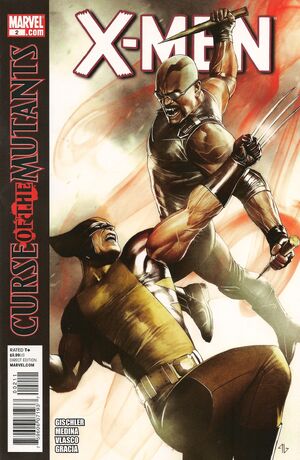 Appearing in "Curse of the Mutants, Part 2"Edit

Upon discovering that San Francisco has been invaded by Dracula and his vampire army, the X-Men set out to find the evil and destroy it. But when Blade the Vampire Slayer shows up and drops a bombshell, the X-Men realize all of their assumptions have been wrong. Their only chance to survive hinges on a desperate plan which might prove their undoing.

Retrieved from "https://heykidscomics.fandom.com/wiki/X-Men_Vol_3_2?oldid=1744466"
Community content is available under CC-BY-SA unless otherwise noted.