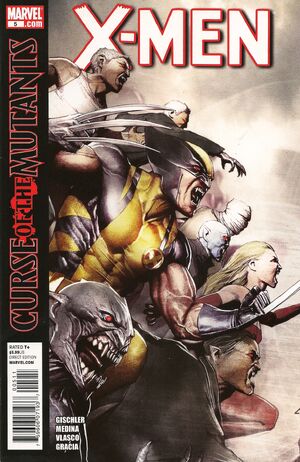 Appearing in "Curse of the Mutants (Part Five)"Edit

“CURSE OF THE MUTANTS,” PART 5 The Vampire Nation’s army is unleashed on Utopia, with vampire Wolverine leading the charge – and, boy, does he have a bone to pick with Cyclops! Meanwhile, the newly resurrected Dracula is nowhere to be found. So why is Cyclops smiling?

Retrieved from "https://heykidscomics.fandom.com/wiki/X-Men_Vol_3_5?oldid=1758254"
Community content is available under CC-BY-SA unless otherwise noted.