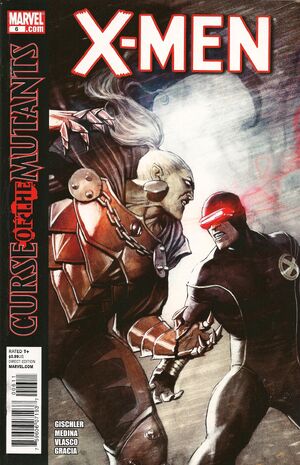 Appearing in "Curse of the Mutants (Conclusion)"Edit

“CURSE OF THE MUTANTS,” conclusion! Somehow, the X-Men have weathered the vampire raid on Utopia, but mutants can't claim total victory yet. Jubilee still needs the X-Men's help, and Xarus still commands an overwhelming force of bloodsuckers. Will Dracula's intervention be the final nail in Xarus's coffin...or will he make even more trouble for the X-Men than his upstart son ever could?

Retrieved from "https://heykidscomics.fandom.com/wiki/X-Men_Vol_3_6?oldid=1751031"
Community content is available under CC-BY-SA unless otherwise noted.