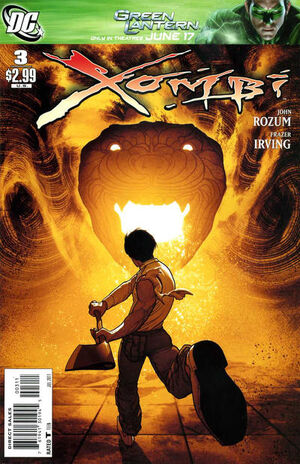 What happens when you pit a man who cannot die against a raging creature whose only purpose is to destroy? David Kim discovers the answer when he finds himself in combat against the ancient entity Maranatha and finds aid in a most unexpected source.

Retrieved from "https://heykidscomics.fandom.com/wiki/Xombi_Vol_2_3?oldid=1474464"
Community content is available under CC-BY-SA unless otherwise noted.