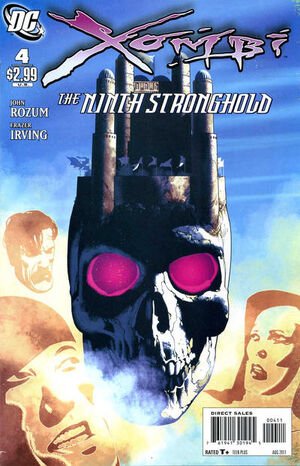 Appearing in "The Ninth Stronghold, Part Four: Welcome to my World"Edit

The secrets of Roland Finch and the Ninth Stronghold are uncovered. As David and his companions set out to forge an alliance against Finch, David takes his first steps toward a destiny he's determined to avoid.

Retrieved from "https://heykidscomics.fandom.com/wiki/Xombi_Vol_2_4?oldid=1474465"
Community content is available under CC-BY-SA unless otherwise noted.