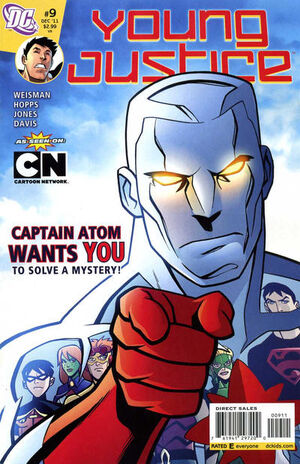 Captain Atom sends the team to practice their covert skills investigating a cold-case murder from the Vietnam War. The clues lead them to a North Vietnamese General now living in the U.S. who is being threatened by Rako, a super-powered samurai. When Rako sees through Miss Martian's invisibility, Superboy comes to the rescue, only to be left cut and bleeding by Rako's sword.

Retrieved from "https://heykidscomics.fandom.com/wiki/Young_Justice_Vol_2_9?oldid=1583974"
Community content is available under CC-BY-SA unless otherwise noted.